In 1904, a small group of businessmen met in the thriving city of Los Angeles to establish an organization to grant loans to the needy without interest or any other charges. These loans were made to help buy a sewing machine or a pushcart for fruits and vegetables. Throughout the 20th century, the Jewish Free Loan Association played a vital role in the community in 1927 as an original member of Community Chest, precursor to the United Way. In 1929, the Jewish Free Loan moved into the Federation of Jewish Welfare building and has since remained a beneficiary agency of The Jewish Federation. 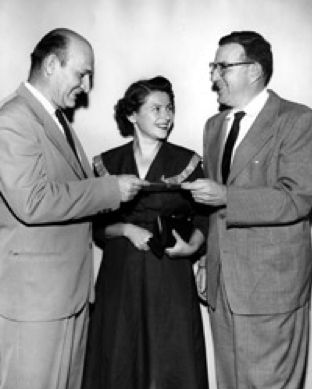 During World War II, Jewish Free Loan was instrumental in helping thousands of families get a fresh start in the US. After the Watts riots in 1965, Jewish Free Loan assisted businesses in rebuilding. In the late 1980′s, with the rising costs of higher education, Jewish Free Loan created the first of its many student loan funds. In 1994, in the wake of the Northridge earthquake, Jewish Free Loan Association granted cash loans to those who had to vacate their homes or who could not access their bank accounts.

LOOKING FOR A SPECIFIC PERSON?

Stay up to date with our weekly E-newsletter: